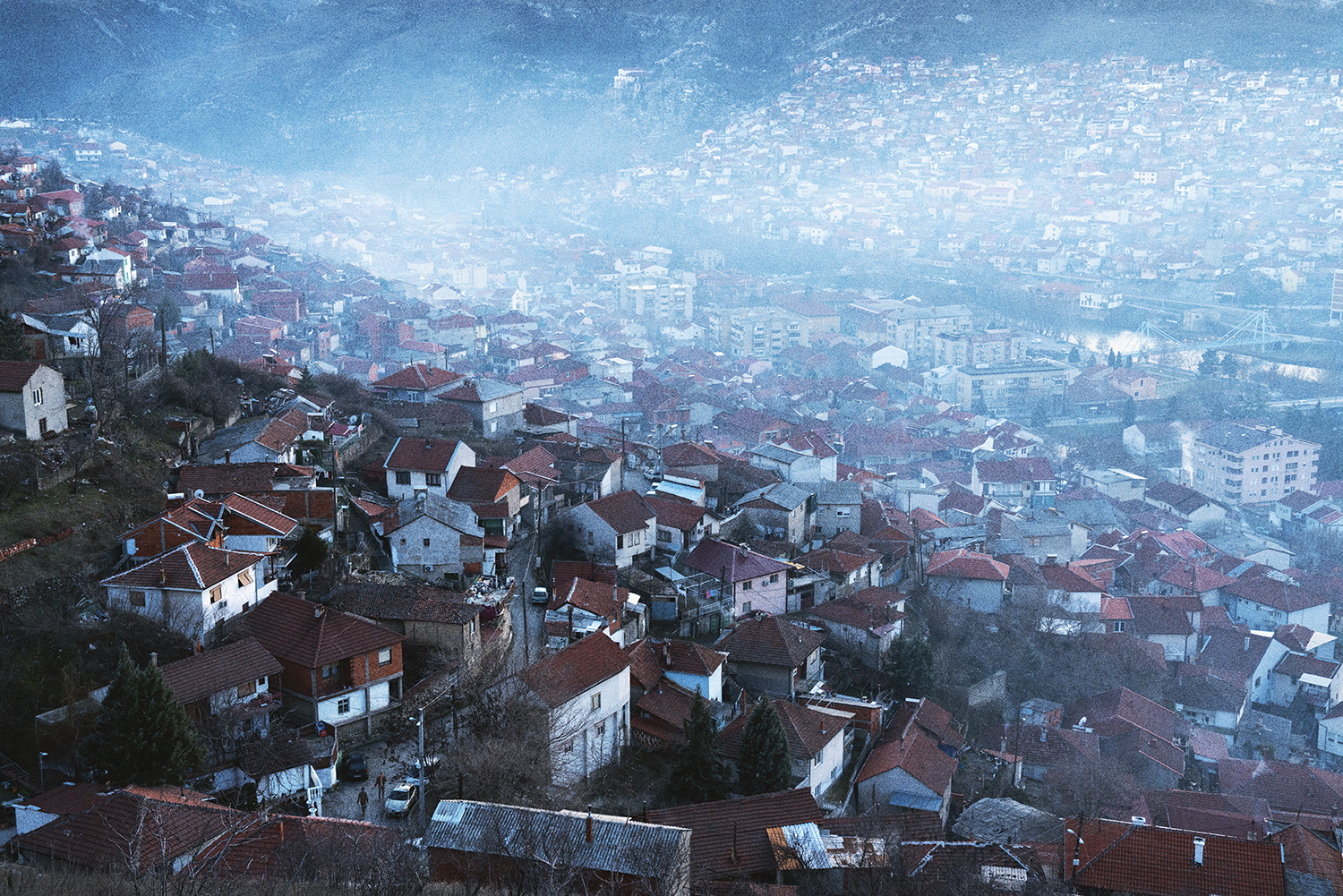 Alternative Facts: A Conversation with Jonas Bendiksen on The Book of Veles

Fellowship: First off Jonas, can you talk about how you got started working on The Book of Veles, and what inspirations prompted the project?

Jonas Bendicksen: The project started with me sitting in the first years after Trump was elected, I was confused, worried and quite upset. What just happened to facts? What just happened to journalism and information? Suddenly we were presented with “alternative facts”, and everything people didn’t agree with was suddenly labelled “fake news”. I was fascinated by the mechanics of how Trump was elected, the algorithms, the troll factories. At the same time I was seeing the first prototypes of synthetic, non-camera-based imaging – deep-fake videos and the AI-generated portraits, as well as text written by AI  bots.

I had this feeling that we were entering a new information landscape – one where the technology for making synthetic text and images was getting good enough that I myself was confused about what was real and what was computer generated. I was wondering if the tech was easy enough to use that one averagely nerdy freelance photographers like myself could just look up some YouTube tutorials and start rendering out fake documentaries. That question scared me so much that I decided to try to do exactly that, to see how accessible the technology is, and how good people’s filters are for sorting real from computer generated images.

Fellowship: The concept of “fake news” can often be so abstract, and it’s jarring to see the physical origins of so many made-up news articles that have propagated so widely around the world. How did it feel to simply be within this town, a hub of disinformation which has so drastically effected politics around the world?

Jonas: It's absolutely fascinating: It’s a town that in many ways feels like it’s from another era, it’s a pretty sleepy place, with boarded-up industrial facilities, apartment blocks from the socialist era, many run-down streets. The first years of my career were spent in the late 90s in the former USSR. The moment I drove into Veles for the first time it really brought me back to that period in my life, it reminded me of so many of the places I photographed in my first book Satellites.

On the other hand, the people here hacked into global information systems in a really contemporary way, and profoundly connected this small town with global politics. The dissonance is quite tangible there, and this was a major engine in my project. There is something bizarre about it, a strange tale of underdog vs superpower. We are all so connected now, even teenagers in Veles can impact politics in Washington, even without even meaning to.

Fellowship: Intertwined with the exploration of this place as a misinformation factory, so to speak, your work also explores the historical roots of forged stories from this town’s past. It’s so interesting how historical legacies seem to echo in the present. Could you touch on the particular artifacts at the center of this conversation?

Jonas: I get really excited when different layers of a story start to pile up. As I was googling and reading about Veles, I realized that ‘Veles’ was also the name of a powerful pre-Christian Slavic deity, a god of mischief, chaos, magic and deceit He was a shapeshifter, his favorite disguise was a bear. I imagined that this trickster God would love all the fake news and chaos that came out of the town that bore his name.

As I was reading on about this ancient God I learned about The Book of Veles, an alleged ancient epic manuscript inscribed in a mysterious language on wooden boards. These were supposedly found in 1919 by a Russian army officer named Fyodor Izenbek. They were translated in the 1920s by a Russian historian named Yuri Mirolyubov.

Too good to be true right? A fake news town, a cunning God and then this holy manuscript? Well actually, all modern historians and linguists have concluded that the manuscript is a forgery, an early foray into disinformation from the 1920s. The thing is, this “fake news” has stuck – the manuscript is quite popular today, if you go into a bookshop in Moscow you can find lots of different editions of this, and many people treat it as a true historical finding.

So my own Book of Veles interweaves these different stories of forgery and fake news, truth and lies, tricks and facts.

Fellowship: I’m curious, while you were shooting this project what kinds of conversations and interactions did you have with these “news hackers”? Is there any sense of remorse or regret in their actions? Or to them was it simply a way of making a living in an economically depressed town?

Jonas: I never met any of the people from Veles’ fake news industry. I went there to make a fake story about them. But I also wanted my computer generated “photojournalism” to embody all the clichés and tropes of the genre. In a way, I set out to parody my own work as a documentarian. So I didn’t want to meet any of the real characters; I wanted the story to be purely a figment of my imagination and stereotypes. All I know about them I got from articles other journalists who went to Veles wrote.

Same with the long essay in my book – it was written in its entirety by GPT-2, a machine learning AI system. I fed it with all these articles from other journalists, and used those as the training set for automatic text generation.

Fellowship: With all these knotted up issues of ethics, truth and falsehoods, and economic need in the center of this work, I’d like to ask: Do you see a moral to this story?

Jonas: I’m not sure I would call is morals, but there are many lessons. First, we are about to enter an information landscape that will be very chaotic and confusing. It will be a huge challenge for anyone to sort information form mis- and dis-information, and information produced by humans versus machines.   People have always manipulated photography and been able to write lies. The critical difference now is that the creation of disinformation is at the cusp of being automated. When something can be automated in can be produced in huge quantities.

I think The Book of Veles also shows that if presented in a credible way, even trained media professionals are vulnerable to believing even quite obviously fake reports. We need to get a lot smarter about the context of information – the context is becoming almost more important than the information itself.

Being able to sort good information from bad is a cornerstone of a functioning democracy. Without being able to agree on facts, trust between people, communities and government disappears. We can see that many places in the world right now. The more fake news equals less trust.

View The Book of Veles on OpenSea