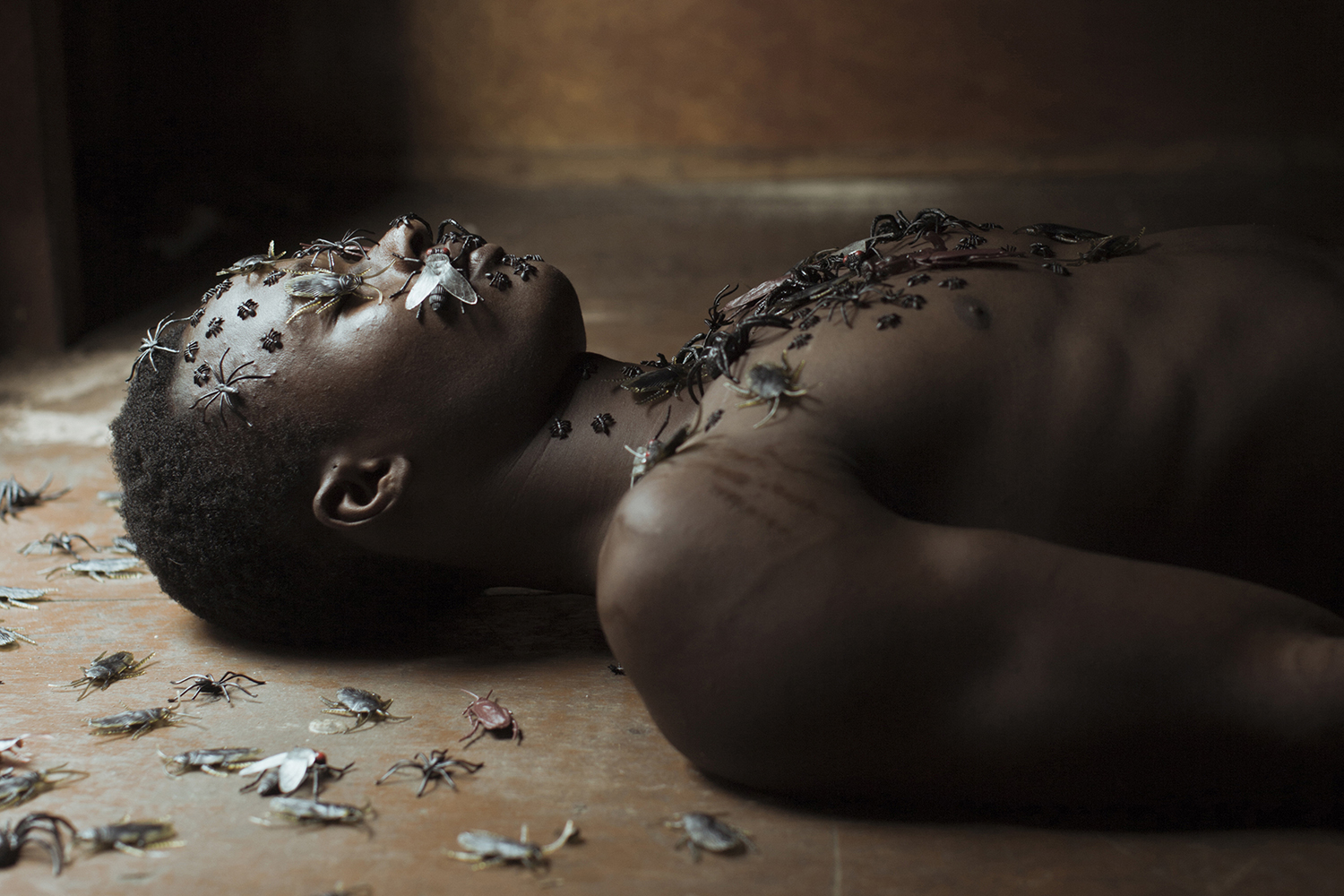 Ghosts of Past and Present

In Lagos, Nigeria's neighbourhood of Makoko, a floating slum often referred to as the "Venice of Africa", is "a place where no logic seems to prevail and that is equally forbidden for those who do not belong." This sentiment provided a perfect setting for Cristina de Middel to create a bridge between the crude and the earthly and the fantastical and spiritual.

"This is what hatred did", the last sentence in Amos Tutuola's book My Life in the Bush of Ghosts, marks the starting point of de Middel's exploration of the African otherworld. Although she visually expands from the original story, the novel serves as a template to navigate the realm of spirits, and instructs her on how to induce ghosts to show themseves.

Confidently avoiding gimmickry, the artist creates a world that's contained within itself and obeys its own rules, a reality where everything is possible and allowed. The abnormal becomes ordinary, and the magical carries a close resemblance with the real. Ghostly beings take human form while disclosing themselves with surreal and absurd elements that constitute their appearance, like a snake around the waist, a glowing stare, or a body clothed in thatch.

That very ambiguity of the difference between the two opposites makes the imagery of This is What Hatred Did so striking, even disturbing. It is not necessarily what the pictures show that disturbs us, but how they show it. de Middel has created a world that feels complete and homogeneous, both in- and outside the frame. It is easy to imagine the happenings going on somewhere else, at some other time, whether the camera is there to capture it or not. One such surreal reality is depicted with raw immediacy and tangible presence. An observational, documentary-like approach, only accents the obscurity of the in-between zone making the plausible apparitions of wraiths all the more poignant.

When Amos Tutuola wrote My Life in the Bush of Ghosts in 1964, he was forced to flee Nigeria due to the violent reactions the book have caused. So now, coming back to the story and representing it at the place it originated from while honouring the exiled author, becomes an act of resistance and lends slight political note to the photographs. All the more, This is What Hatred Did could be read as a depiction of the country that struggles with its past, not being able to adapt to the course of the future while being stuck in the nowhere of the present.

View This is What Hatred Did here