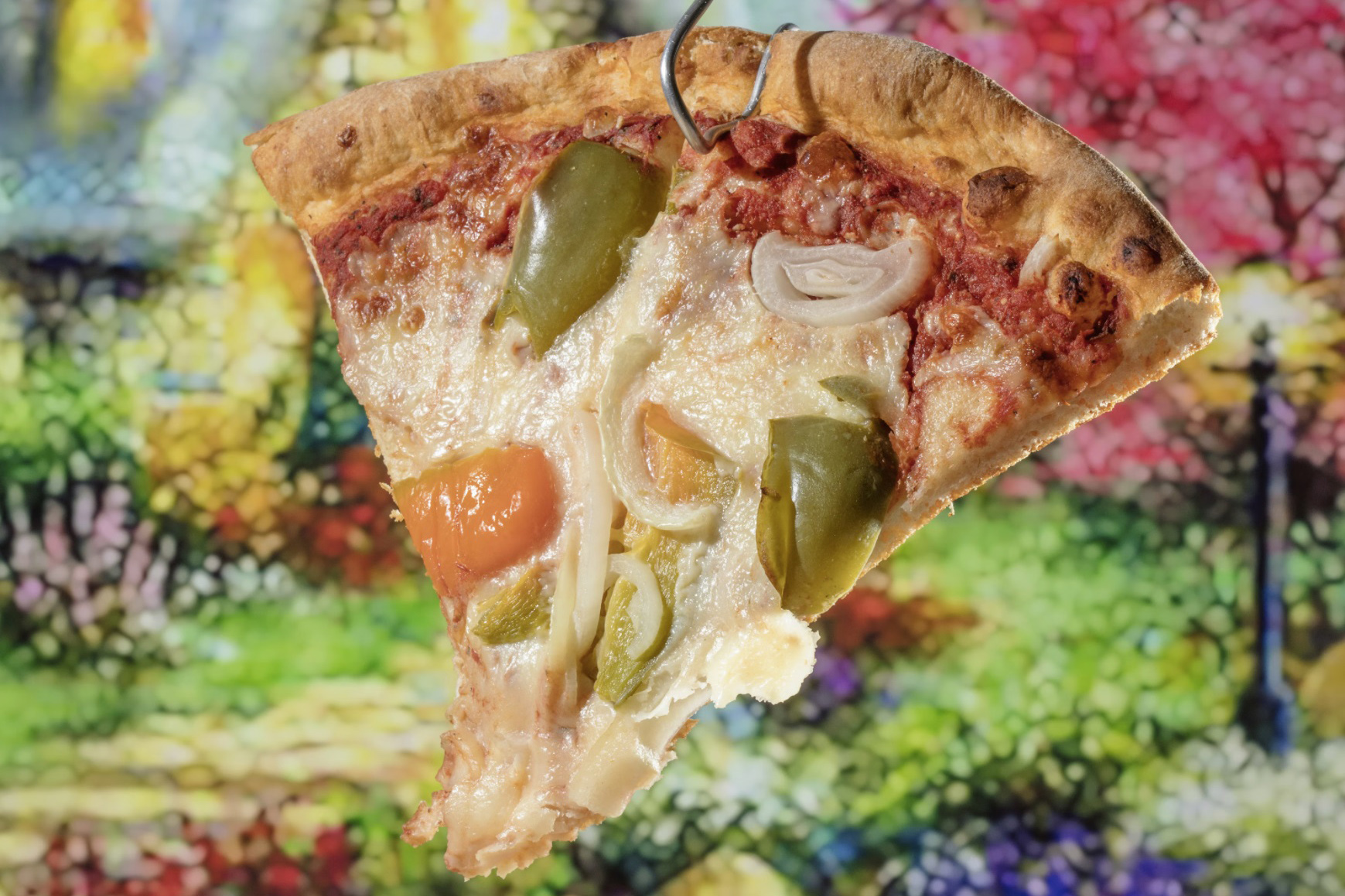 Fellowship: What brought you to the world of NFTs and how are you approaching the space differently, if you are, over ventures in your art practice?

David Brandon Geeting: In March 2021, I remember seeing a ton of posts about NFTs in my Instagram feed, and naturally I was curious. My friend Eric Hu, who’s an incredible designer, sent me an invite to Foundation, and I remember looking around the site thinking, “is this for me?” At the time, photography was not really sought after in the NFT landscape. I began to recall some of my photographs from the Tumblr era, and how they might fit in well, as some of them resembled digital art. I minted some stuff from the early 2010’s, and to my surprise, it actually sold. I then went back to the drawing board to create 2 collections of brand new work made specifically as NFTs (Shrines and CHAINLINK), which were released this past Fall.

Moving forward, and especially now that photography has made quite a mark in the NFT space, I’m excited to share some of my more notable series — the books and exhibitions that helped shape my career “IRL.” The images in my upcoming drop Amusement Park are quite loud and perplexing, unlike the serene landscapes and portraits I’ve seen dominate the NFT space thus far. I’m excited to stir the pot a bit, and challenge the notions of what a photograph can be.

Fellowship: You’ve said that your studio images are ‘improvisations’, tell us a little bit about how you begin shooting for a project?

David: It is rare that I have concrete ideas when starting a project. Sometimes I’ll have a theme I want to explore, or a place I want to go, or a person I want to make a portrait of. But I am not the painter who sees the painting lucid in their mind, and I consider this to be my biggest strength as an artist — I let the art outsmart me. Sometimes I’ll have an idea involving a few objects that might work together in the same frame, but I almost never know what that frame will look like.

One of my teachers in college would always comment on the strength of an effective photograph, one that actually causes the audience to elicit an emotional response. “No surprise for the writer, no surprise for the reader,” he’d say. If I’m not surprised by what I’m making, how can I expect my audience to be surprised?

Fellowship: When I think about amusement parks, I think about the various layers of games, rides, prizes, candy, trash, foot traffic, and cheap fun. There are other props and processes for creating an image that come into play too that category. For instance: balloon animals. Yet there are other images, an example might be the ‘Paste Path’, a trail of toothpaste that is smeared across the image of the ocean, that don't directly relate to the Amusement Park, yet still visually read within the context of your language of amusement. Can you tell us more about your process for editing and sequencing? How far do your cast your net when it comes to theme? When to you reign yourself in, or do you?

David: I think people forget that art is supposed to be experimental — it’s literally a free space for you to run about and totally disregard every rule that’s been burned into your mind since birth. Every artist speaks in their own language, and that language has nothing to do with written language. In this case, I was inspired by the theoretical idea of an Amusement Park, which, in my experience, has always been an onslaught of colors, noises, whizzing imagery, and total mayhem. It’s like a collage of sensory overload. I think this project is the first time I let my mind act on totally raw, reference-less ideas, and figure out how they fit together later. But I was never concerned with the book representing every physical, legible aspect of a stereotypical amusement park. I am using that title purely metaphorically, and any image that appears of an actual rollercoaster is me winking at my audience.

Fellowship: Recently I listened to your conversation on the podcast the Messy Truth with Gem Fletcher, you spoke about your apprehension with the artist statement and wrangling a language about a given project—how do your come up with your theme and what was the process of finding the words for it?

David: I really think photographs and words don’t inherently have much to do with each other — it’s kinda like texting and driving, you can force it to work, but there’s a good chance it won’t end well. I had the theme “Amusement Park” for a while, as a friend once said candidly in conversation that my work reminded him of an amusement park. That was kind of all I needed to actually finish making the work. I didn’t think about how I would explain it in words until I was looking at the finished project as a whole. The first sentence of the statement I wrote is “An amusement park is a variety show; it is a way to mask a mess.”

I talk about how the work is manic and colorful, and how it threatens to malfunction in the process of what it elicits. In reading back on it now, it’s like I’m giving my own work a bad review, haha. I do like the work, don’t get me wrong, but I’ve always thought a good assignment in art school would be for students to “make something they hate.” It would be harder than you think! In general, it’s actually kind of difficult to make anything that doesn’t live up to traditional western “beauty” standards — there’s just so much to unlearn!

Fellowship: Tell us something about Amusement Park that we as viewers might not know about this project?

David: This work was very cathartic and therapeutic to make, it began after the death of my mother and took over 3 years to finish. Though it looks bright and fun, I really buried myself in personal work during that period of my life, mostly to find solace, or even just to be distracted. The work is comical because I needed comic relief — but if you look closely, I’d say the images are sort of demented. They’re complex. There’s a stereotype about comedians being the most depressed people, even though they make people laugh for a living. I feel like I finally understand that. I’m doing much better these days, but I’m thankful to have art as an outlet in times of desperation.