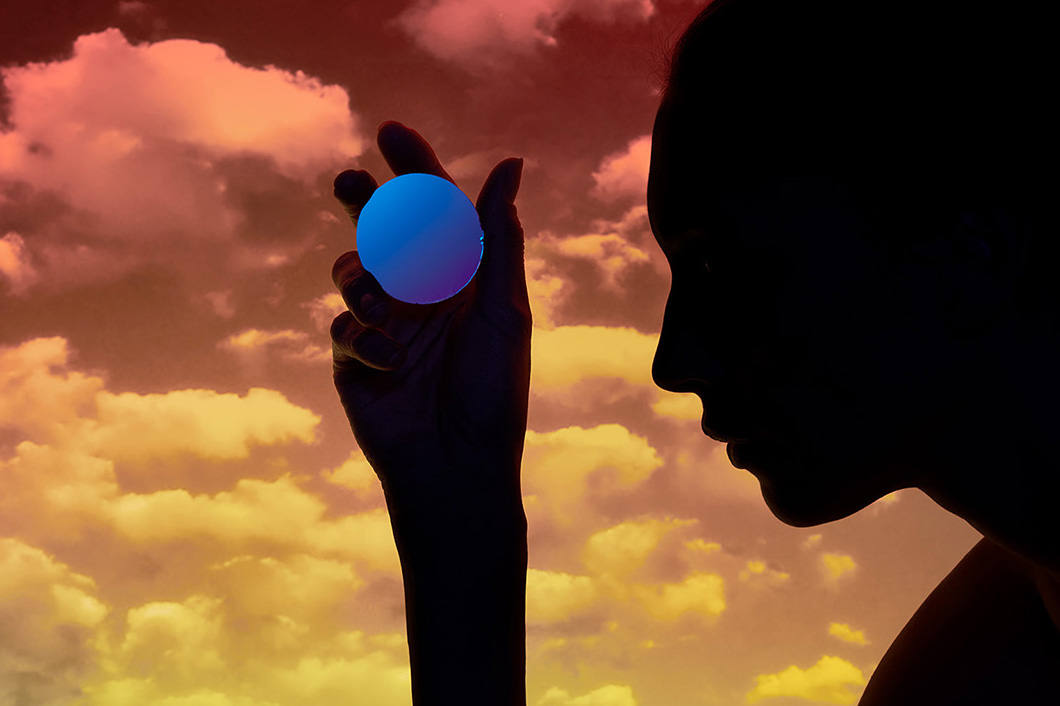 A Question of Function

Hannah Whitaker’s Ursula is a series that coyly turns its lens on the biases built into technology and how they’re influenced by the unchecked fantasies of science fiction.

In her series, Whitaker constructs images in a way which toys with our gaze. Ursula, a humanoid character that’s featured prominently throughout the series, is austere yet alluring. Although she often remains in shadow, a symbolism emerges from her obscured figure in the form of small shapes of light that expose a mouth, an eye, a sliver of face. The mirrored surface of her glasses and projections reflect, not the audience, but synthetic landscapes always out reach. Even when Ursula isn’t in the frame, each element—a soap bubble, a glass head—is crafted with a visually persuasive and established aesthetic in mind; and we’re easily seduced.

Ursula is idealized, yet, whose ideal is she modeled after? She seems autonomous, an agent of her own making, yet is a purveyor of a mystique that was written and directed with male desire as its inspiration. By tapping into the language of cinema and editorial photography, Ursula becomes animated by the problematic structures that drive those industries and in turn drive her. Like all good technology her function is to serve.

As much as we can acknowledge the problem, the structures at play, our fantasies of the future aren’t much different because we too have been shaped by the same tropes. This is where Whitaker poke fun.

The artist forces our hand by exposing a soft spot in the matrix: if technology is made to serve a function—an object to be used—then what function does Ursula really serve? What Whitaker makes clear is that even when we upend male gaze, call it for what it is, does that make us any less complicit?