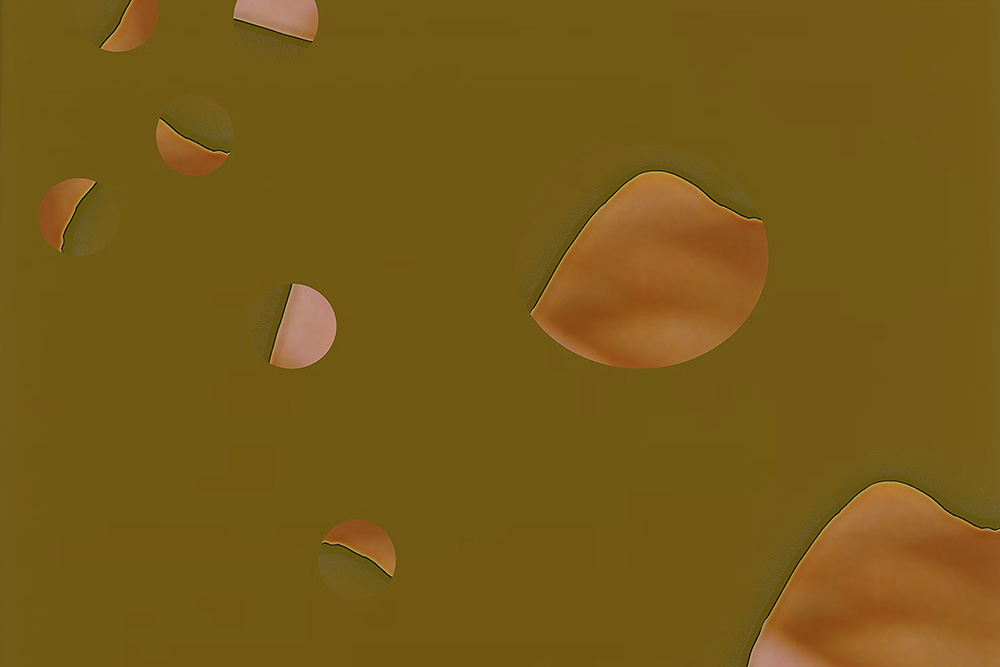 This is Not a Chemical Process: On the Work of Holly Petterson

Photography is forever tied to the tools that make images. Unlike painting or sculpture, the tools of which—brushes, canvas, and clay—do not go through paradigm shifts every couple generations. On the other hand, the photograph a slippery little thing, it's a message and a vehicle for that message; it is an object and a process.

For years, we thought the photograph was in fact the print, a physical representation of what the camera “sees”. Then, digital technology came along and upended all that. Now we recognize that the photograph has more to do with the index, the evidentiary component of the image presenting something that existed in front of the photographic apparatus. The photograph is therefore evidence of the “real”, another slippery word. But that doesn’t always account for cameraless photography and photograms that can at times focus on the chemistry of image-making. These are not new ideas. As long as photography is tethered to technology and that technology changes through the ages, so too will the means of understanding the image.

So what exactly does all this mean now, forty-seven years after the invention of the first digital camera and twenty-nine years after the invention of the World Wide Web? Culturally, we have moved passed the photograph strictly as object and understand on a fundamental level that it’s strengths lie in the multiplicity of the medium. As we now see a transition from Web2 to Web3, the behaviors and constructs surrounding digital images are in the midst of another upheaval.

In the case of Chicago-based artist Holly Pettersen’s work, she pushes up against all of these questions at once. Analog Dream is a series of Polaroids that in their physical form have no apparent indexical referent. What we see is a mixing of chemicals that have settled into sun-burnt orange, faded violet, and tanned organic shapes. Yet, they are representative still. Why? The object we see on our screens is not a Polaroid at all, but a digital image taken of a polaroid, the referent being the white bounds of the photographic paper, which points to its physical existence. The further we lean into a disembodied world, the deeper our abstractions become.

I see this work in direct response to Renee Magritte’s The Treachery of Images (1929), also famously known as ‘This is Not a Pipe’. Another notable and perhaps more aptly photographic example would be, Jean Baudrillard’s ‘Simulacra and Simulation’ (1981), a classic postmodernist text that is often sited when discussing ideas surrounding representation, reproduction and digital imagery. But again, not entirely new.

What I believe Pettersen seems to be concerned with, as I am, is where do we go from here and what are the newest attributes of progress? Do the differences in Web2 and Web3 play any role in how a photograph is perceived? The more time I spend in the metaverse, the more I consider the blockchain not just a conduit of dissemination, the more I forgo materiality for other forms of experience (none of which are better or worst than the other), the more I end up just thinking about all the ways a photograph can embody or disembody itself. Which is to say, maybe the truth of photography is not simply a nostalgic conversation doomed to chase its tail back through photographic history or to blindly charge forward into the future, but perhaps is a reminder of multiplicity itself.