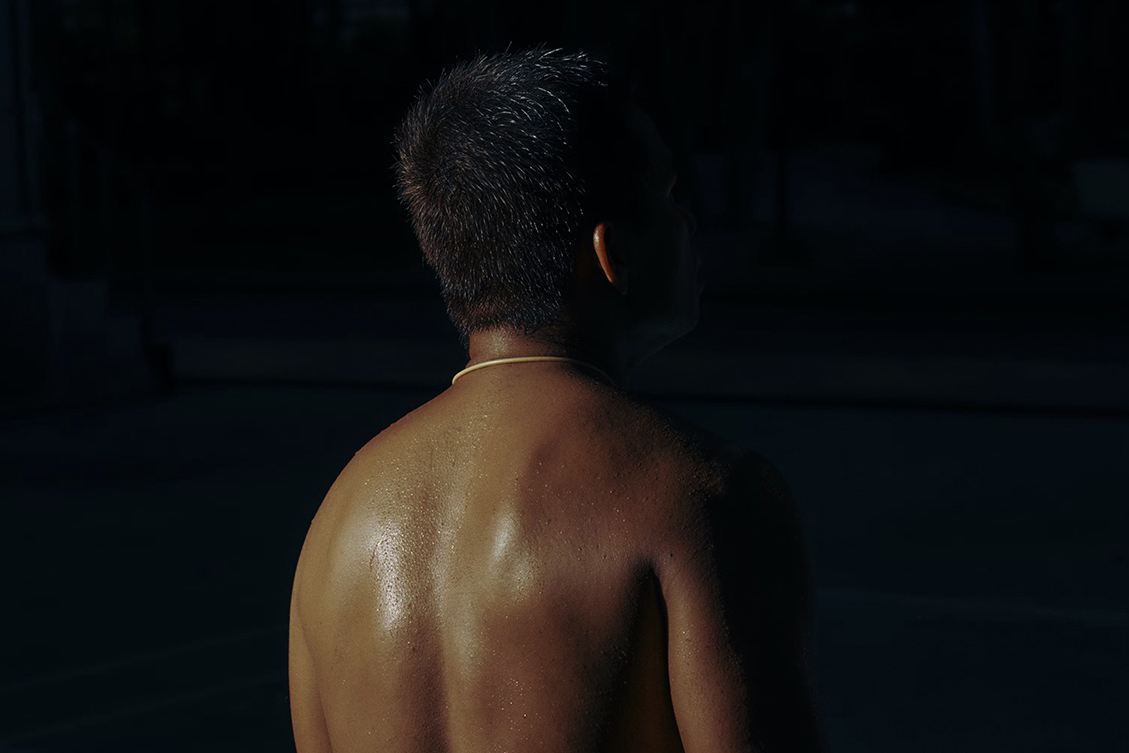 In Motion and in Stillness: On the Work of Cait Oppermann

In Motion and In Stillness: On the work of Cait Oppermann

Cait Oppermann first discovered the sport of Takraw in 2015 when she visited Thailand for work, but it wasn’t until years later in 2019 when she was able to return again with the intention of photographing the game and its players. Oppermann was captivated by the dynamism of the sport from a far, as she observed the local pickup games. On closer inspection she learned many of the plays were primarily taxi drivers and refugees from the neighboring countries Myanmar and Laos would gather on the courts before or after their shifts. This led to many late nights watching and getting to know the individual players.

Takraw, a Thai word for ‘ball’, is a three person per team sport played on a badminton court. Some have compared the game to volleyball, the main difference being that hands are not at all allowed. Imagine a high, delicate net lit only by street lights on the backdrop of soft blue, black twilight. The players stretch out after a long shift driving—they are already tired, but are in desperate need of a reprieve and maybe a cold beer.

In many instances, the athletes Oppermann depicts float gracefully, frozen by the pop of her flash, against the the green tarmac on the courts. Her framing is at times wider, as to encompass as much action as possible. A leg extends high into the air—an inverted arabesque—meeting the ball at impact. Flexed limbs, long shapes that often obscure the faces of the players, point upward toward the night’s sky. When they are captured in the image, their bodies contort in surprising and unexpected positions; sideways or nearly upside-down in some sort of gymnastic tumble. In other cases, she focuses in on a tighter framing when the players are momentarily at rest. They sip from a straw erupting from a clear plastic bag filled with ice and a beverage of choice; their bodies cooled by perspiration.

Opperman is best known for her ability to capture the multiplicity of bodies in motion and in stillness. Her subjects, often athletes, are in peak physical condition, but sometimes they’re also just people experiencing their bodies and doing the best they can. In either case, she renders each with a sense of stoicism, power and self-assuredness.

A portion of sales will go to the UN High Commissioner for Refugees to help protect refugees and statelessness in Thailand.