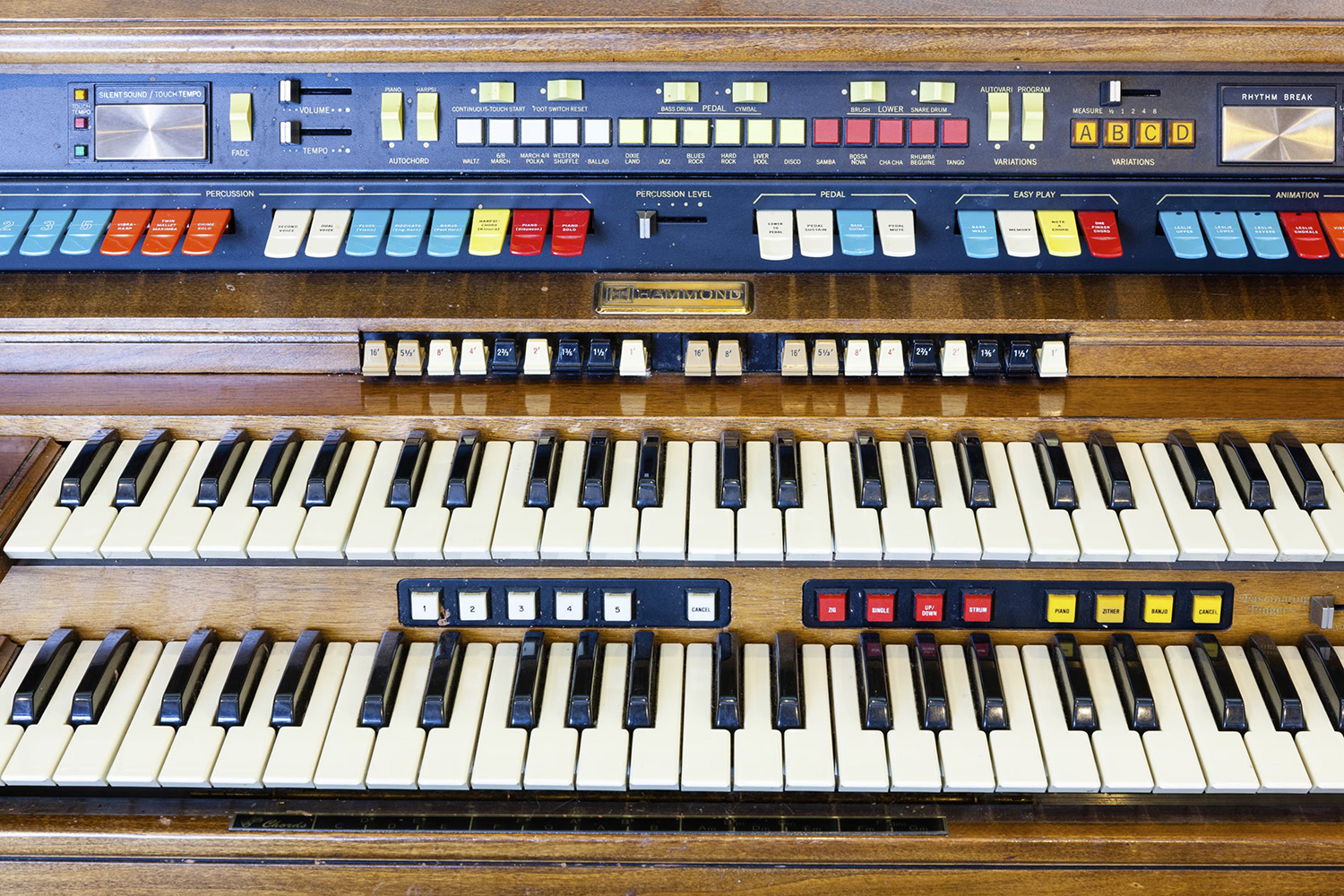 Of Ritual and Beauty: On the Work of Corey Hendrickson

Today, many service providers design their interiors to emulate a sense of a familiar ambience and evoke feelings of comfort and homely welcome in their customers. They fabricate environments that should resemble our desires and even our memories, to reflect some kind of a personality. But to target those emotions in as many people as possible, their decors cannot be anything other than generic. So as those highly public spaces try to imply intimacy, the unexpected mixture with an uncanny quality is created.

That uncanny quality of the artificiality is what interests Corey Hendrickson. In his work, predominantly in his collections Visitation and Room 29, he investigates ready-made interiors of funeral homes and motel rooms not necessarily being motivated by an affection for them but rather by a curiosity about what lies beyond the sugar coating of candy-like surfaces.

In Visitation, objects surrounding the ritual of death acquire eerie auras when presented within the context of small-town funeral homes. Prominently present, they captivate our attention and provide a structure to the collection. But Hendrickson's interest is not as one-dimensional and invested merely in the oddness of the thing, he makes those objects prominent for a reason. As we take in the totality of the work, scrutinising each image, the pace slows down and puts us in an almost meditative state allowing objects and scenes to develop depth. That enabled him to penetrate beyond the superficial and encapsulate the true materiality of ritualistic instruments soaked in grief and sadness.

Similarly, in Room 29, the photographer tries to excavate the invisible histories of ordinary motel rooms. Focusing on small details, he hopes to trace residues of a personality that inhabited the space night before. As motel rooms are reset on a daily basis, clues must be looked for in scratches on walls, in between the fabrics of curtains and in the air. It's not the force of action that proves to be the right method of investigation but again meditation and contemplation. The photographer stays in the room, rests his frame and allows an anonymous presence to emerge by itself.

Even in his open collection Guardedly Optimistic, Corey Hendrickson's camera is a natural observer that makes no statements and no conclusions. Without prejudice, it simply brings out the nature of the reality it honestly records and reminds us that life is beautiful and intriguing as it is.