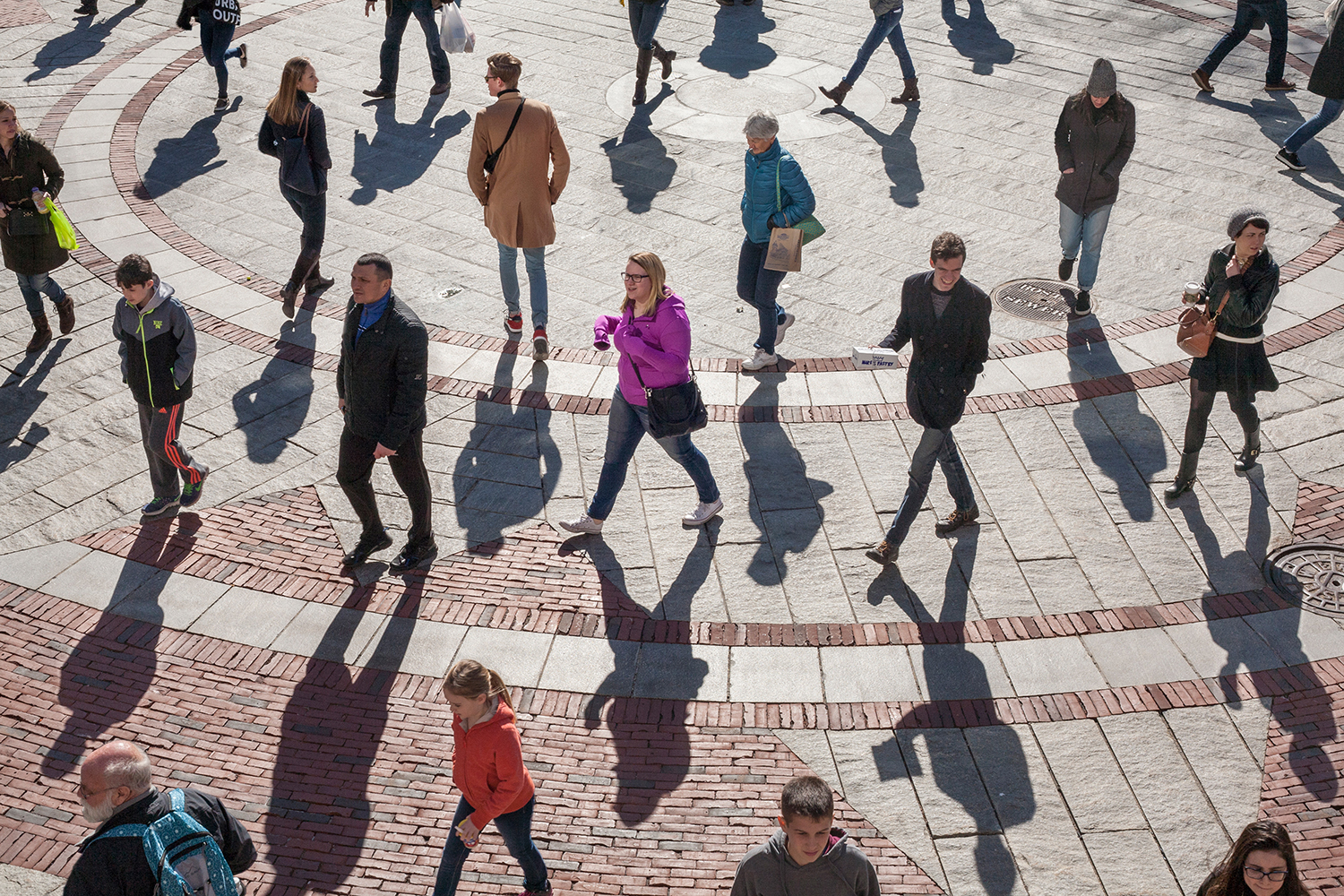 Ever since Argo spoke about the possibilities of revolutionary scientific applications of photography when presenting the invention of Daguerreotype to the French Academy of Sciences, the medium was conceived and used as a tool that extends the limits of human perception.

Not only did the camera unravel the cycles of galaxies our vision cannot reach and reveal the abundance of life forms our sight cannot penetrate, but it had also made possible the visualization of dimensions our mind is not yet able to grasp. The camera allowed us to apprehend more by seeing more, and what has the human spirit strived to understand with as much zeal as the laws of physics and the notion of time?

Throughout his practice of compositing multiple captures into a single image, starting from the Selected People series to Crowded Fields, Pelle Cass manages to satiate the hunger of our curiosity by illustrating how would theories and concepts made by physicists for the purpose of describing intangible forces look like when applied to ordinary activities of contemporary man. Even more so, the very fact that he applies such complex principles to mundane situations makes his work so appealing to a wide range of people and allows them both to conceive the theoretical and comprehend the impossible.

Hockey games, tennis matches, or diving competitions are the kinds of events that serve the photographer as a theatre for the hypotheses on time and space. As he still must operate within the confines of physical reality, Pelle takes thousands of photographs of an event as it unfolds in a stream of time, only to merge them afterwards through a dozen hours of photoshop processing with precise and deliberate selections. The resulting singular image then depicts the entirety of the happening as one moment and posits itself as a scientific hypothesis.

Even though the pictures communicate “a sense of chaos, catastrophe" and simultaneously of "order and ecstasy,” the experience of taking it all in is not overwhelming but rather somehow soothing. The compression of a timeline of a place to a unified point intrigues us with an unexpected harmony. Using the means of composition to create an almost abstract aesthetic, the artist achieves an order within the chaos.

But the chaos in Pelle Cass' case is not something undesirable that's to be avoided; it is exactly what provides the structure to the order. As figures often impossibly occupy the same space, they create the gravitational point of a sort around which all the bodies amalgamate looking like they're breaking the laws of physics. Those 'imperfections' become the focus of our attention as they represent the physically impossible in a visually plausible manner, therefore giving the photographs the quality of the uncanny.

Although his work can seem spectacular, the choice of quotidian settings, like a street or a college pitch, clearly tells that the photographer is "not interested in the glamour of sports, the famous and the rich" but prefers "small, unimportant events" that make him a more comfortable workplace. His depictions of those vaguely attended places or sports contests, on the other hand, is what elevates whatever is happening on the field to the level of a spectacle. To see all the players at all positions at once could be over-stimulating to an average college game goer which might imply the artist's slight touch of irony and even comedy.

What Pelle Cass wants us to notice is the play and not the competition. He is not chasing that one moment that's better than all others but gives them all a chance to constitute the picture. And because he doesn't rearrange the figures nor does he alter any aspect of what he captures, his images can reassure us of the universal order of all things in time if we have ever doubted its presence from the narrowness of human perspective.