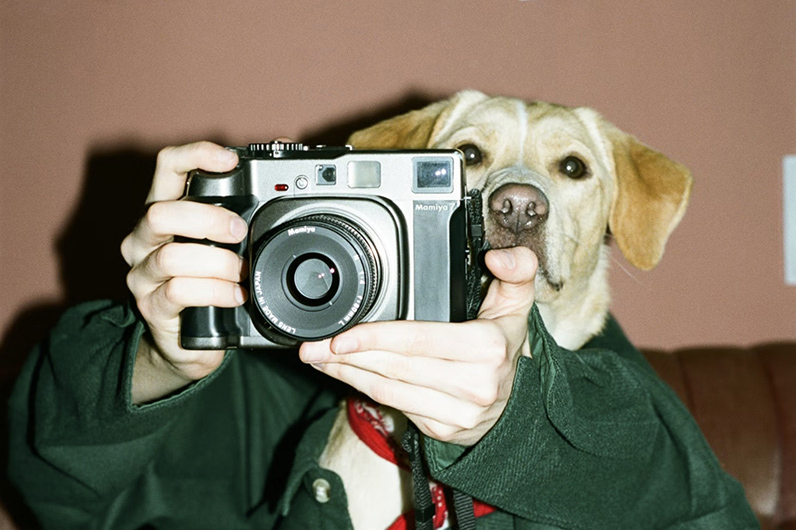 Photography for the Dogs: On the work of Koekkoek

Photography for the Dogs

The art of photography is constituted by the language of its medium. And just as we can understand poetry in photographic art by knowing the language, we can also understand humour. But to be humorous in art while not slipping into shallowness takes a lot of courage, care and wit. It's not merely about pointing to the funny; it's about articulating a joke in a way that feels seamless and as a part of our familiar experience. The more we can relate to the odd, the more successful the joke is.

With his well regarded commercial campaigns for brands such as Adidas, Moon Boot and Arte, as well as with his personal works that had llamas, cats and guinea pigs as its subjects, Daniel Gebhart de Koekkoek established himself as an in-demand comedian of a photo scene while proving that he is up to the challenge of successfully doing comedy in an artistic context. As it appeals to a lot of people, the art of his comedy hangs on many walls in many homes in form of calendars he's, now ritually, making every October and November. Having to produce the totality of one year's content in just a couple of months makes the artist more creative and productive: “time pressure serves me with a new idea I fall in love with and I push through. Last year it was guinea pigs, this year it’s dogs. Same but different”, he said. This year's calendar, that's also an NFT collection listed on Foundation, presents Daniel in a top of his shape.

First of all, just encountering the title of the collection Doggystyle already puts a smile on a face or a smirk in some cases. Daniel provides the context and sets us up for the punch line in this early instance. After seeing twelve dogs dressed up as humans and realising that the title in fact describes the way in which our mundane activities could be performed by animals, you might as well just crack laughing. Playing pool, cooking supper or reading tarot are the kinds of everyday occupations most contemporary folks can correlate with, which makes the notion of a dog with human arms all the more plausible, therefore funnier.

On top of that, Daniel cleverly pairs a breed with an activity to evoke a sense of a kind of personality that would naturally find itself in a given situation. Each dog is profiled, further resembling human characters. To achieve plausibility, the photographer applies the snapshot aesthetic that emulates the look of a spontaneous, candid capture. Even dog's faces appear as authentic expressions of someone invested in the moment and not entirely concerned with posing.

Only genuine animal lovers could get such natural and relaxed behaviour out of canine subjects. As it happens, shared love for animals is the thing that got his production team together and made a strong bond that is able to endure sometimes hours-long sessions of getting familiarised with dogs that are shyer than others. The shooting itself was probably even more difficult but it is obvious that they've fully embraced the challenge.