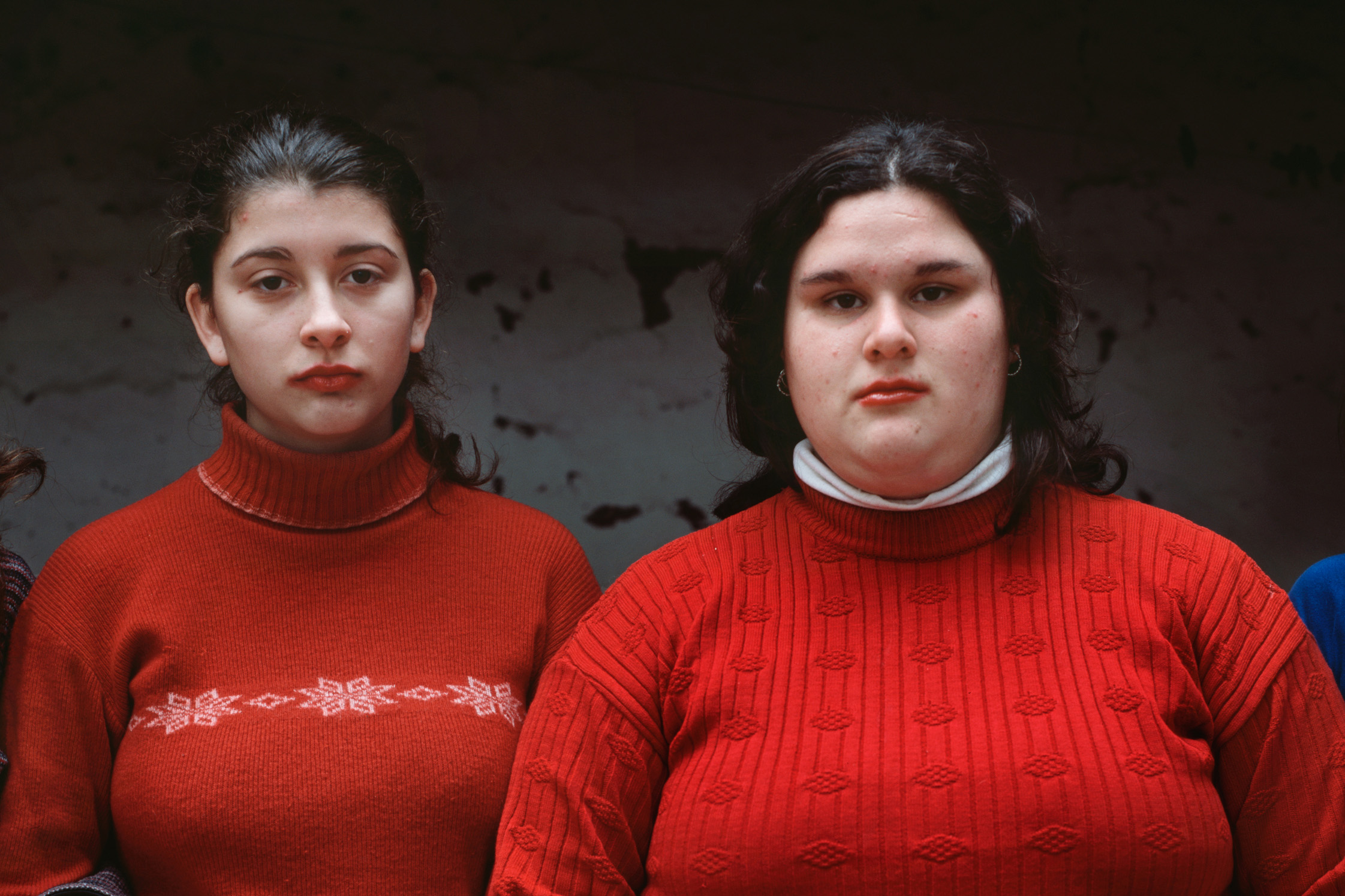 Reflections of Change: A Conversation with Alessandra Sanguinetti

Fellowship: To start Alessandra, can you offer us an overview of your background and career as a photographer?

Alessandra Sanguinetti: I grew up in Argentina, where I picked up my first camera as a kid, at nine years old. I would photograph everything/everyone all the time, but being a 'photographer' never entered my mind.

I went into the Buenos Aires University to study Anthropology. Still, I found myself just gazing at my fellow students and taking them downstairs to a patio with amazing light, to make portraits. I flunked most of my classes, as I was not a good student. I wanted to read and learn at my own pace and be out shooting all the time.

After a while, I took a photo workshop in Buenos Aires that made me realize being a photographer as a career was a thing, so I gave up University, delved into my photo work, went to ICP for a one year General Studies course, and came back to Buenos Aires. Right afterwards I began work on "On the Sixth Day" while working as a photo editor for Clarin (a prominent newspaper in Argentina).

I worked at Clarin for a few years until I began to receive grants for my work and was able to quit and dedicate myself to my personal work.

Fellowship: I'm curious to learn about your two projects, both centered on "The Adventures of Guille and Belinda". Who are Guille and Belinda, how did you meet them, and what inspired you to photograph them for not just one, but two distinct projects?

Alessandra: I met Guille and Beli when they were seven years old while I was working on "On the Sixth Day", a project on farm animals that I'd dreamed of making for years. For this, I would spend a lot of time at their grandmother's, Juana, who I adored, hanging out and photographing her chickens, geese, cows, goats etc. The girls were there from the start, always wanting to be in the pictures, but I would usually shoo them out of the frame to have a clear view of the animals.

After a couple of years, I started letting them be in the frame, more and more, until I realized I just wanted to spend time with them and photograph them. So we invented pretend games, storylines that I would film and photograph at the same time, and pretty fast, I saw that there was a story to be told about Childhood and much more.

They were very willing participants, and the ideas for the pictures came from the three of us. It was a very joyful free time for the three of us. Then of course, they grew up. So did I, and the work took on different shapes and changes. I never thought of the work as two projects until time passed, and it became clear there were two distinct phases, childhood and adolescence/motherhood.

Fellowship: In "The Enigmatic Meaning of their Dreams" you take viewers through a journey of childhood rites of these two young girls. As you witness them transition through important moments of personal development, I wonder: Does the work cause you to reflect on your own coming of age? Do you see your past self in the shoes of Guille and Belinda?

Alessandra: I grew up in Buenos Aires, and spent weekends and summers at my parents farm. Guille and Belinda were born and raised in the countryside.

We shared the same sensibility - that intangible quality of 'knowing', understanding a place, but I would come and go. They were always there.

Making this work with them for sure took me back to the most joyful years of my life, which were in the farm. The freedom of those summer days, eternal daydreaming, owning the space when adults took long naps, making forts, commuting with animals, and excitedly imagining the seemingly endless and brilliant future.

As far as adolescence, mine couldn't have been more different. Mine was a very urban one in Buenos Aires. That's when our experiences diverge the most.

Alessandra: It's been 24 years now. Our relationship has gone through many phases.

At the start I was like some nutty aunt that invited them to play. Then during their adolescence, they withdrew and became a bit distanced, then as mothers, they got close, and it's been back and forth, as most relationships. The way I photographed of course, adapted to all these changes.

Fellowship: With this work having been shot over a decade ago, I'm so curious: what are Guille and Belinda up to now?

View the full collection on Foundation