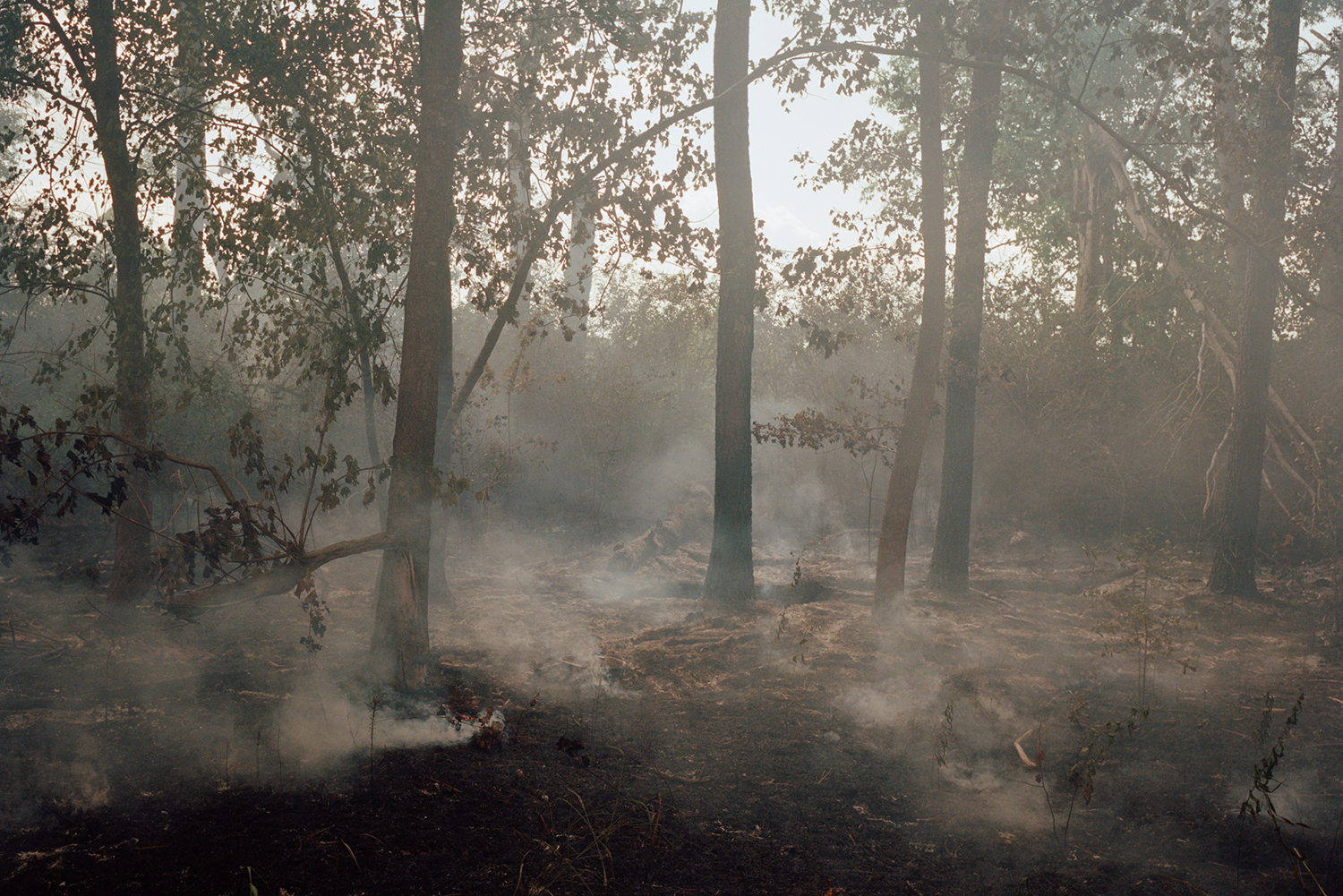 Songs of the South

Having music in mind, Blues and Gospel, in particular, Shane Lavalette tunes into the frequency of the American South's landscape and captures the spaces between the notes, spaces occupied by memories, and people in contemplation.

The traditional music from the American South originated from slaves that worked in the cotton fields. Early Blues and Gospel originated as a means to record their history, troubled with pain and suffering, and was passed on to coming generations. Lavalette taps into that history and expresses it through the poetic lens and lyric sequence, thereby reflecting the melancholic musicality of people who sang even in the hardest of hardships.

Even though the past is intertwined with the present, the paradox of time puts a great deal of distance between the two, a distance that becomes a backdrop to this body of work. In One Sun, One Shadow, subjects are often characterized as pondering the moment, gazing ahead or looking around seemingly searching for bygone days or forgotten emotions, things that are not anymore there.

Being diverse in imagery, the collection finds streets, interiors of houses and natural environments in equal measure, representational as the people inhabiting the scenery. Objects and places are textured with memories imparting a tangible sense of nostalgia.

But not everything is oriented towards the past. Lavalette's pictures of the South relay its complex history only to communicate region's cultural richness and identity. The present and the future are here for the young to enjoy the freedom, the passion and the love their descents strived for.

One Sun, One Shadow conveys a narrative structured as a piece of music and as such asks the viewer to approach it with its senses, to feel the story and perceive hope.

View One Sun, One Shadow here