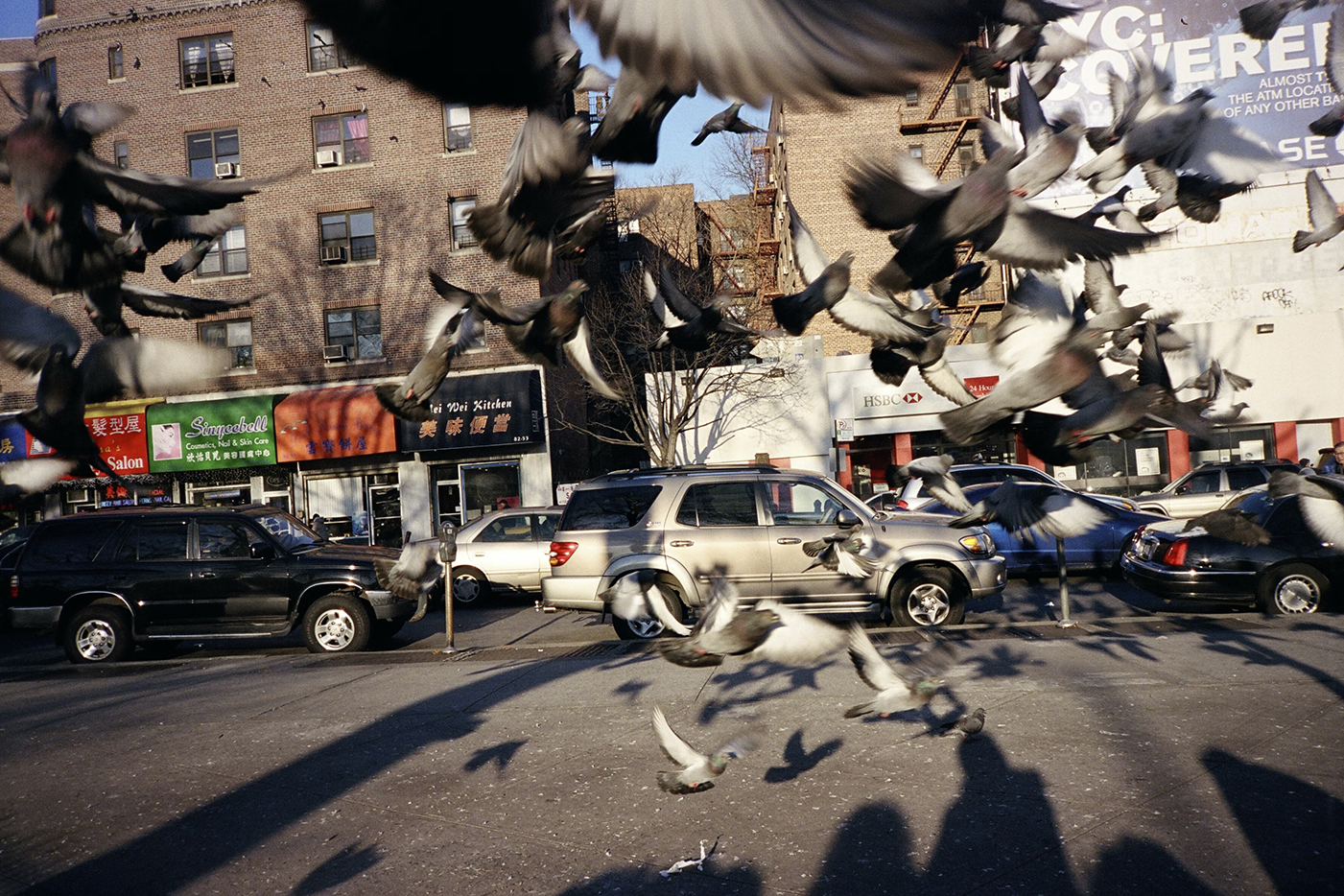 As every metropolis is a highly concentrated place, it doesn't take much for something interesting, unusual or even disturbing to happen. On dynamic and always populated streets, a spark is all it takes to light up a fire of unexpected events. As such places, providing a constant stream of stimulating occurrences, mega-cities make a haven for a street photographer.

New York perhaps fits the description more than any other city. As it was a home to some of the most influential figures in modern photography, like Weegee, Diane Arbus and Garry Winogrand, just to name a few, New York has become a town with the most compelling photographic tradition. Through the works of so many significant artists, it established itself as an intrinsic aspect of the history of photography and visual culture in general. It is widely considered as central to the traditions of street photography.

While a lot of photographers today go to the Big Apple to picture the splendour of its streets, very few actually capture its true essence. Because, to capture an essence of a place, one must know a place intimately. In Nate Igor Smith's collection, Same Old City, the intimate relationship between the photographer and the place is almost palpable. Already the first image in the sequence — a young woman gazing at skyscrapers from one of the Brooklyn's rooftops while clothed in boots only — assures us that all guards are down and, like Wanderer above the Sea of Fog by Caspar David Friedrich, establishes motives of freedom, expression, search and reflection.

What follows is galore of Smith's ability to catch people in their unselfconscious moments, when they are pure expressions of a given situation. Those who do pose for the camera, on the other hand, entrust their emotional and physical appearances to him with no hesitation. As strolling the streets and underground events of gritty subcultures, he captures the unexpected and improbable, as if he anticipates the abrupt development of stirring occurrences. Resulting images depict New York without comprise but with the most of respect.

The overall narrative of a never-sleeping city that's constantly going through a change will certainly make immediate sense to native and long term New Yorkers but it doesn't make itself ungraspable to all the others. While Nate Igor Smith's pictures are of the very specific local character, their universal language speaks of the diversity of our global society and the way it is bonded by basic human needs, desires and passions. Posing no barriers between the camera and its subjects, his talent reveals New York's underlying nature as raw and unvarnished as it is rich with life and beautiful.