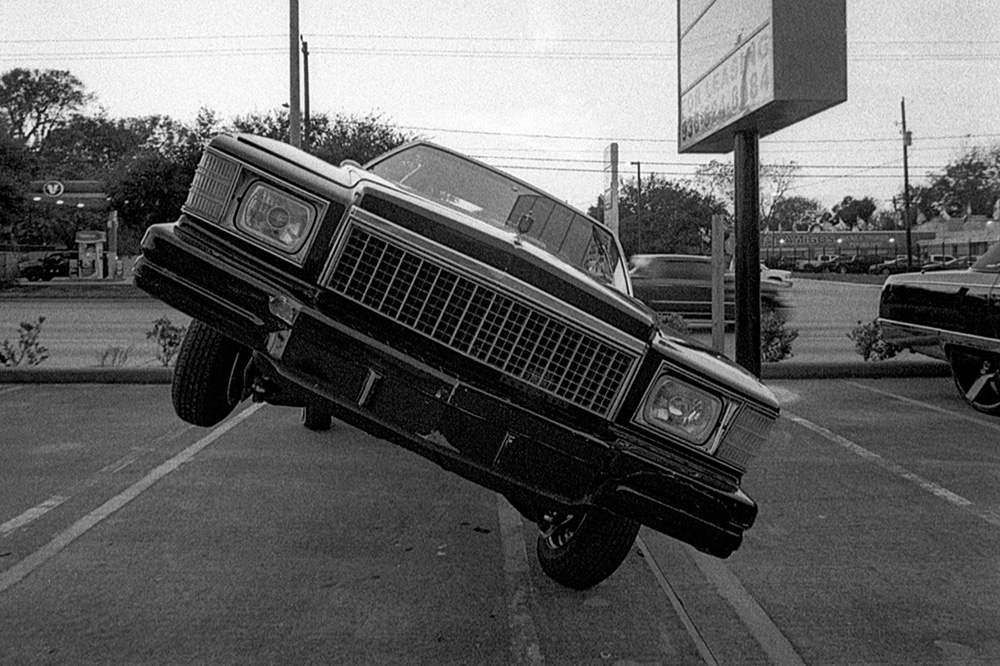 The Grit and Gather of Joe Robles

There’s blur, grain, and a hard flash, but more importantly an exchange between strangers caught on film. Joe Robles’ work embodies a classic approach to street photography. His black-and-white film photographs, which he proudly processes himself, take a no frills look at the world around him in Houston, Texas.

Robles looks through car windows, traverses city streets, observes car and bike culture as a way of tapping into the heart of the city. Some of his subjects look, unflinchingly into the camera—a man leaning back in his car, stone-faced while fuzzy dice hang on the rear view mirror; or a weathered man smoking a cigarette, nonplussed by the proximity of Robles’ lens.

But not everyone matches him with reciprocity. Some of his subjects put up their hands to block the camera’s view; a clear dismissal of the interaction. They obscure their faces, half in objection, caught forever in mid-action. Robles doesn’t shy away from this type of engagement though, the spectrum of emotion paints this work with a layer of complexity and begs the question where is the line between curiosity and apprehension.

Some photographic projects read like a novel or movie—with a clear beginning, middle, and end. Others, like much of Robles’ work, read as vignettes which are truly singular, one-off events unsullied narrative arc. Yet the images, gathered together form a collection of fragmented pieces that expose something new about the people he meets; the subtext and chemistry between subject and photographer.

At their core, these images hang together not just because of their aesthetic qualities, but by the genuine desire Robles has in reaching out and connecting with the people he meets.